The 2,350th Meeting of the Society

Other Worlds Seen by Animals

Much of what we understand about the world comes from our eyes, which sense the colors from red to violet that are expressed in the rainbow. Yet we know that this patch of colors is just a small island in the vast electromagnetic spectrum, which extends from radio waves to gamma rays. Two unseen regions of great importance are those just over and just under the rainbow humans can see naturally – in the infrared and ultraviolet parts of the spectrum, respectively. These regions of light – invisible to us – were discovered about 200 years ago in inspired experiments by Frederick William Herschel and Johann Wilhelm Ritter. Since then there has been a great deal of work involving IR and UV light, and many practical applications of them have been developed. More recently, we have also come to understand that a variety of animals can see these parts of the spectrum, particularly the ultraviolet, even though we cannot, and that animals that can see IR and/or UV light live in a visual world that is totally unfamiliar to us. This lecture will discuss animal vision beyond the rainbow that humans see from the perspective of measurement science. And it will discuss influences of ultraviolet radiation in technology, astronomy and on climate. 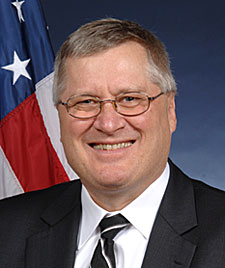 Charles W. Clark is a theoretical atomic, molecular and optical physicist at the US National Institute of Standards and Technology (NIST) where he is a Fellow and serves as the NIST Co-Director of the Joint Quantum Institute of NIST and the University of Maryland. He is also the Physical Sciences Editor of the NIST Digital Library of Mathematical Functions and co-editor of the NIST Handbook of Mathematical Functions. He previously served as Chief of the Electron and Optical Physics Division at NIST and as Program Manager for Atomic and Molecular Physics at the Office of Navel Research. His main research activities have been in the area of ultracold gases; quantum information and communications; and atomic and molecular phenomena on surfaces, in condensed matter, and in nuclear reactions. Charles is a Fellow of the National Institute of Sciences and Technology, the American Association for the Advancement of Science, the Institute of Physics, the Optical Society of America, and the American Physical Society. He has received numerous awards for his research and service, including NIST’s Condon Award (twice), the Mahan Prize of the Optical Society of America, US Department of Commerce Silver and Gold Medals, and the NIST Bronze Medal. He has served on numerous editorial, review and advisory boards and has been an author on several hundred research publications. He earned a BA in Mathematics and Physics at Western Washington State College and an MS and PhD in Physics at the University of Chicago.

President Larry Millstein called the 2350 th meeting of the Society to order at the Cosmos Club in Washington, D.C. on September 11, 2015 at 8:05 p.m. He announced the order of business and welcomed new members. The minutes of the previous meeting were read and approved. President Millstein then introduced the speaker for the evening, Charles W. Clark of the Joint Quantum Institute, the US National Institute of Standards and Technology, and the University of Maryland. His lecture was titled “Over the Rainbow: Other Worlds Seen by Animals.”

Dr. Clark began by noting that the rainbow defines the limits of ordinary sight and by inviting the audience to look beyond the colors of visible light.

The discovery that white light is actually a mixture of colors occurs rather late in the human understanding of light. Prisms were known to the ancients, but the prevailing idea was that the glass impressed something onto the white light, changing it into the myriad colors of the rainbow. Sir Isaac Newton’s elegant double prism experiment in 1672 demonstrated that white light was a whole, composed of individual colors.

It was not until more than a century later that new experiments hinted at the existence of something very much like light but just beyond the reach of our vision.

In 1800, Sir Frederick William Herschel empirically placed the sun’s radiant heat alongside its visible light on what would come to be known as the electromagnetic spectrum. Herschel’s apparatus was simple: a prism and thermometers. The prism directed the different “colors” of light onto different thermometers, some placed beyond the edges of the visible spectrum. The temperature of the thermometers rose as the color moved from blue to red. Fascinatingly, the temperature continued to rise even as the thermometer moved into the dark area, beyond the edge of the visible red light. Something was coming from the sun and being duly split by the prism just like visible light, but it was invisible to humans. As it carried heat but not light, Herschel called it “calorific rays.” We know it today as infrared radiation.

In 1810, Joseph von Fraunhofer applied Herschel’s technique to solve a problem he encountered while developing a highly pure “optical glass.” Fraunhofer detected systematic errors in the sunlight received through the glass. Spreading the light through a prism and examining it at high resolution, he plotted several conspicuous gaps in the rainbow, which remained consistent regardless of the prism. Finally, he considered the possibility that the “problem” wasn’t with the glass, but with the sun.

To eliminate atmospheric influences he thought might confound accurate observation, Fraunhofer observed the spectra of stars, such as Sirius. There he observed the same holes in the spectrum and new ones. The holes, now known as “Fraunhofer lines,” are due to a shroud of gas around the sun that captures particular narrow wavelengths of light. This discovery led to characterization by Johann Blamer in 1885 of the precise wavelengths of light produced by excited hydrogen atoms and these in turn led Niels Bohr to his atomic theory, launching the field of quantum mechanics.

That question was answered by Johann Wilhelm Ritter in 1801. Ritter noticed that different colors of light decomposed silver chloride at different rates, with a markedly increased rate beyond the blue edge of the spectrum. Ritter’s laconic one paragraph report to the academy regarding his “chemical rays” remains a landmark of the scientific literature not only for its scientific contribution but also for its brevity.

Dr. Clark then turned from recounting history to a demonstration. He showed how a relatively weak white light flashlight can provoke a faint green photoluminescent reaction from a glowing exit sign, whereas neither powerful red nor green lasers could excite a reaction. A 405 nm blue laser, however, being higher on the energy scale, caused an intense reaction.

These demonstrations help to visualize the foundational effect of quantum mechanics, that E = hν. Energy is proportional to frequency times the Planck constant. Explained in 1905, this relationship earned Einstein his Nobel prize for service to theoretical physics and in particular the photoelectric effect.

Finally, turning to animals and animal vision, Dr. Clark noted that male and female birds of the same species generally have distinctly different plumage, but there are a few oddities. For example, even trained ornithologists could not identify any evidence of sexual dimorphism in Malaysian thrush until 1996 when visible coloration differences were shown occurring exclusively in the ultraviolet range. Birds, it seems, have different photoreceptors than humans, including a more prominent blue receptor and the addition of an ultraviolet receptor that has no human analogue.

Mantis shrimp, which are neither mantis nor shrimp, contain no fewer than twelve distinct receptors extending from an unbelievable 300 nm (near ultraviolet) to 700 nm (just shy of infrared).

These observations have practical significance. A 2013 discovery showed that sea turtles are sensitive to UV to a degree that fish are not. Accordingly, scientists were able to develop string fishing nets embedded with UV LEDs, which turtles were able to avoid without deterring fish.

Dr. Clark concluded by noting that, both under and over the rainbow, we still have much to learn about light.

Preston Thomas
Member of the Society