The 2,268th Meeting of the Society

Planets Around Nearby Stars

Prior to the discovery of extrasolar planets it was widely thought that all planetary systems around other stars would look like our own solar system, with rocky planets in close, gas giants further out, all in beautifully nested concentric, circular orbits. Over the past 15 years the number of known planetary systems has increased from one, our own Solar System, to more than 400. Soon it will be more than four thousand. Characterization to date of these systems has highlighted the paucity of human imagination. A multitude of planetary architectures have been discovered – previously unimagined by astrophysicists and science fiction writers. Our own Solar System now looks like an oddball. Discoveries over the next decade will include Solar System analogs and the first cache of potentially habitable planets around nearby stars. 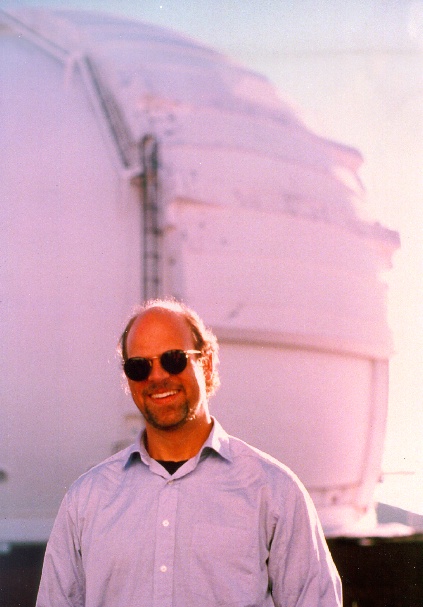 PAUL BUTLER is a Staff Scientist at the Department of Terrestrial Magnetism of the Carnegie Institution of Washington. Previously, he has served as a Staff Astronomer at the Anglo-Australian Observatory in Sydney Australia and as a Research Fellow at UC Berkeley. He received his PhD from the University of Maryland. His work has focused on improving the precision of Doppler velocity measurements of Sun-like stars. Over the past two decades his systems have improved precision from 300 meters/sec to 1 meter/sec, and have resulted in the discovery of about half of all known extrasolar planets. Butler has been widely recognized for his work. He received the inaugural Bioastronomy Medal from the International Astronomical Union, and the Henry Draper Medal from the National Academy of Sciences. Newsweek named him one of the “100 Americans for the Next Century”. Discover Magazine named him Space Scientist of the Year in 2003, and ABC News has named him “Person of the Week.”

President Robin Taylor called the 2,268th meeting to order at 8:20 pm April 16, 2010 in the Powell Auditorium of the Cosmos Club. Ms. Taylor introduced one new member of the Society. She announced that the Joseph Henry Lecture will be delivered by Stephen Dick on May 14.

The minutes of the 2,267th meeting were read and approved with corrections.

Ms. Taylor then introduced the speaker of the evening, Mr. Paul Butler of the Carnegie Institution of Washington. Mr. Butler spoke on “Planets Around Nearby Stars.”

Last time he spoke here, Mr. Butler said, about ten years ago, there were about 15 planets. He expects that in another ten years, there will be about 4000.

Bruno was the first to speculate about exosolar planets. He wrote about the idea that the stars were really distant suns and he presumed they had planets, too. This did not help Giordano Bruno, he was burned at the stake for it in Rome in 1600. (Publish and perish.)

How are planets found?

One way is direct imaging: point the telescope at a star and try to find a planet next to it. It hasn’t worked well. Only recently have a few, odd planets been found this way.

The second way is by their transits. They point a telescope at a star and read the light coming off of it. When a planet passes between the star and the telescope, the light diminishes by as much as 1%. About 80 planets have been found this way. The Kepler mission, working in space right now, uses this method to try to find earth-like planets. It is in space because planets as small as earth can’t be found that way from earth. Large planets can be found by high-level amateurs by this method.

There are two dynamic methods, astrometry and Doppler spectroscopy. Astrometry uses the fact that if a star has a large planet, it appears to wobble. The star and the big planet circle the common center of mass. If the planet is large enough, the sideways movement of the star relative to the field of stars can be detected. This technique has not worked so far, but improvements may make it work.

Doppler spectrometry uses the fact that the “wobble” of a star with a big planet produces an alternating redshift and blueshift as the star’s movement is moderated by its orbit around the center of mass.

Earth has one large planet, Jupiter. It is larger than all the other planets combined. Only Jupiter is large enough to produce a center of mass outside the surface of the sun. Broadly speaking, the solar system can be described as a sun, a large planet, and some garbage.

The Echelle spectrometer enables them to do both. This instrument is a telescope that gathers a lot of light. The light hits an Echelle grating which separates out the colors, then goes through a couple of prisms, and finally hits a CCD (charge-coupled device) cell in a really fast camera. Now they include carefully calibrated iodine cells to continuously calibrate the instrument and correct for errors.

These iodine cells must be calibrated to a resolution of about one millionth. They are calibrated at NIST using a Fourier transform spectrometer.

He showed a diagram of the Doppler shift of the sun. It has a period of 12 years, the duration Jupiter’s orbit. The peaks also fluctuate with a period of about 30 years. That’s caused by Saturn. Those are the only two planets whose Doppler effects can be seen.

Before the study of extrasolar planets, everybody from the producer of Star Wars to the smartest astrophysicists thought other solar systems would be like ours. Orbits would be circular; they would be in a plane; rocky, small planets would be near the sun and gas giants further out.

People have known this architecture of our solar system for the better part of 400 years. In the 1780's, the French physicist, LaPlace, and the German philosopher, Kant, both thought the solar system was formed out of common disk of material. Only that would put them in a plane. This theory still holds, and it is one reason people thought other systems would look like our own.

In 1995, another solar system, 51 Pegasi, was found by Swiss researchers Michel Mayor and Didier Queloz. This was met with disbelief. Then, data collected by Mr. Butler and his partner, Geoffrey Marcy indicated it was about half the mass of Jupiter, but it orbits its star every four days. All this was easy to disbelieve. There had been many reports, over 50 years, of the first discovery of an extrasolar planet, all of them erroneous. It brought Mr. Butler and his partner, Geoffrey Marcy, a degree of fame for determining the orbit. This kind of orbit is now known to be common, and such planets are called “Hot Jupiters.” The next surprise was 16 Cygni B, which has a very eccentric orbit. Now, about 90% of all planets are known to have eccentric orbits.

Mr. Butler gave us some of the human dimensions of his life. His wife tells him he doesn’t live anywhere, he just visits places. One of the places he visits is Siding Spring Observatory in Australia. It was dedicated in 1974 by Prince Charles. Mr. Butler thinks that was most fortunate, for it was because of that they paved the road up the hill. It’s bad enough, he says, that he has to compete for the road with kangaroos.

An exciting thing is finding a planet near enough to detect with two means. Combining information from the transit and the Doppler methods, they can determine some interesting things. One planet has a mass greater than its size would indicate, apparently because it has a rocky core.

Sometimes planets transit in front of and behind the star. This enables them to determine the temperature of the planet. The temperature dramatically increases as it goes close to the star.

Historically, spectrographs have been built for multiple purposes. Different researchers tune them for different purposes. That introduces instability into the instrument. New spectrometers are being built for single purposes, and this produces great improvements in capabilities. One such setup is being constructed at the Lick Observatory in Northern California, directed by Steven Vogt. Mr. Butler’s group will get 45% of the time on it. He is immensely pleased at that.

Mr. Butler dreams of having a big telescope in the north and one in the south that his group could use all the time. That would allow them to find all the nearby earth-like planets in the next ten years. Your recording secretary was unable to tell if he was more hopeful or confident.

He offered to take questions.

The first question was about thermal broadening, the problem of broadening of lines when reading hot stars. Mr. Butler admitted his technique doesn’t work well for hot stars. There is a comparable problem for young stars, which is Doppler broadening. This happens because they are spinning fast.

What about selection bias? Isn’t it possible that there are more planets like ours that your methods do not detect?

Yes, there is an inescapable bias; it is easier to detect large things. We will find all the Jupiters. Beyond that, there are no guarantees.

How do you determine the angle of the orbit?

After the talk, Ms. Taylor presented a plaque commemorating the occasion and welcomed Mr. Butler to membership in the Society. She made the usual housekeeping announcements. She announced the next meeting. She encouraged guests to join the Society. Finally, at 9:50 pm, she adjourned the 2,268th meeting to the social hour.